December's offerings are complete, so now I'm back on track!

This month has a marginal cheat involved, the Stone Throwers were actually painted up earlier in year 2021 but I'm taking leaf of of Richard Legg's book here and including something pre-painted, in his case a unit of Chaos Warriors worth nearly 900 points, in my case two small Rock Throwers worth 85 points, I think mine may just marginally be the lesser crime. To be fair to me I had always intended on those Rock Lobbers being a part of this army, I just didn't get around to the rest of the army until now!

Gitsmasha's Little Smashas
Two Small Orc Lobbers with 3 Crew each with hand weapons and light armour (42.5 x 2 = 85pts)
These little beauties were used in the sacking of Stonebridge, the Dwarf settlement on the boarders of Hochland. Lagruk was impressed by them when he was led passed them by on his way to meet "Da Boss" but couldn't help thinking "could be bigger". 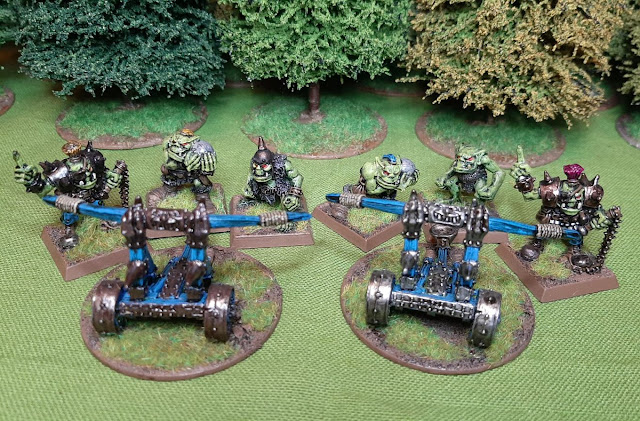 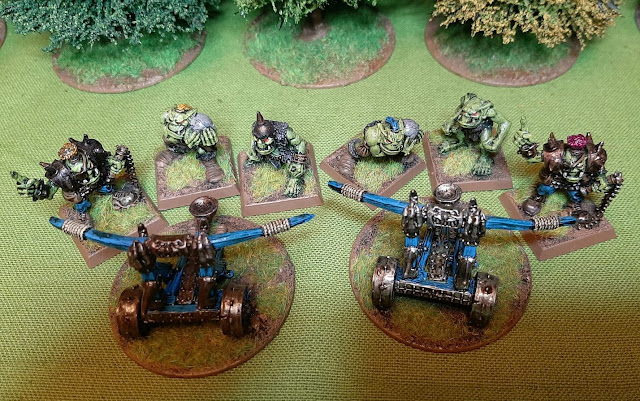 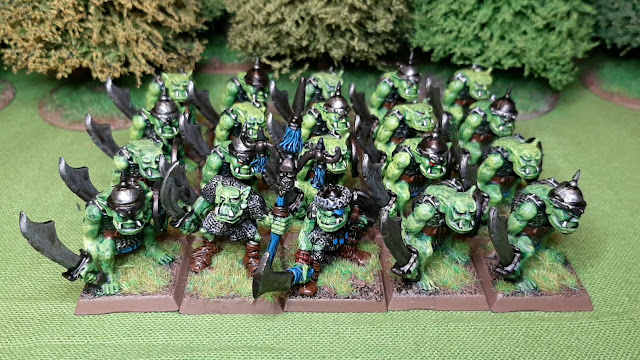 When Lagruk entered the remians of Stonebridge, led by Skagrat, they were challenged by an old Orc at the head of several bruisers. Many others of there type were marching through the streets, killing off any survivors of the attack. Skagrat took the scared old veteran side and had a brief chat with him.

Upon returning the Old Orc laughed and let The Maraudaz and the Grinnin' Moonz pass Skagrat lead them on towards the town centre. 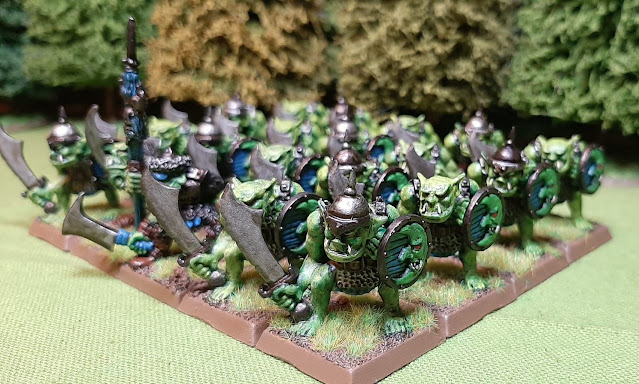 Gork's Stompaz are members of the Grimskullz tribe, they're big, mean and very very green. Like all Grimskullz they're both superstitious and religious. They decorate their war gear blue (in Orcish circles blue is a lucky colour) and the Stompaz also depict the Green Moon (known as Morrslieb in the Empire) that they believe is a manifestation of the Great Green Gods. By depicting the Green Moon the Stompaz believe they are empowered by Gork himself.
The Stompaz leader is an old orc of many battles named Dragnatz. Dragnatz was once a high ranking leader in the Grimskullz tride but age has robbed him of some of his strength but he's still a wily old fighter, more than a match for the average Human. He as been afforded a place of honour, leading the Bosses own Guards. 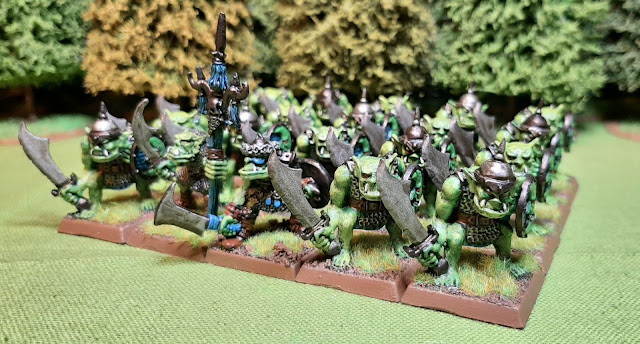 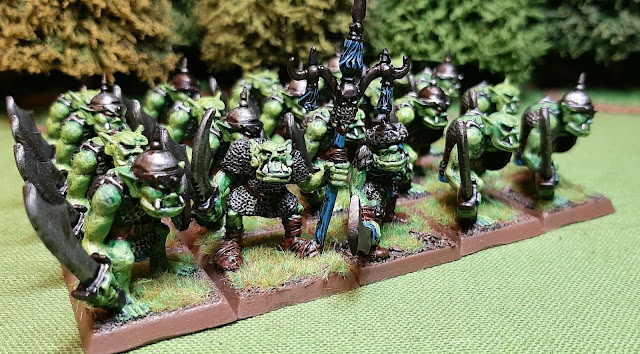 Here's how the army stands now: 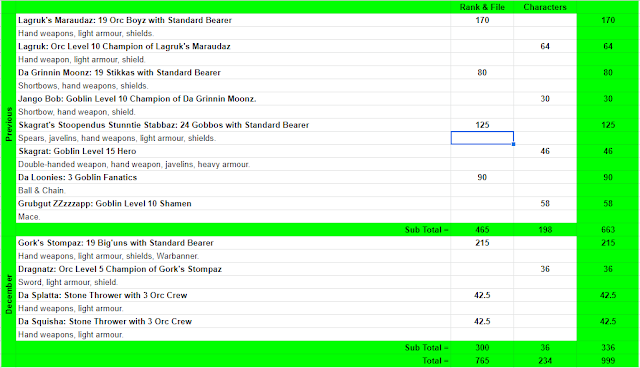 Phew! That's all caught up now.

Time to make a start on my "Gathering of Mighty Painters" pledge for the month before returning to the 333pt Painting Challenge for January's instalment for my final compulsory Rank & File selections that will make this a legal Orc & Goblin army under the rules of Warhammer Armies.