I'm sure we all know what the phrase "Tale of Four Gamers" means. Some of you will of read the original series back in May 1997. It remains a favourite of mine and of many others to this day. There have been many incarnations of of this army building process since, both in White Dwarf and in Blogs. This is my, 3rd Edition, version..............................

Including myself our Four Protagonists are:


So, starting in September we plan to build up armies by adding 500pts a month for four months and by the end  of the year we'll have shiny new 2000pt 3rd Edition armies. Come BOYL2019 we'll have a big battle between us all.

You'll notice I have not yet stated which armies we have each picked, this is intentional, partially because I haven't double checked with each which army they have finally settled upon but also because I don't want to steal their thunder of their own big reveals. I can of course let in on my own choice. 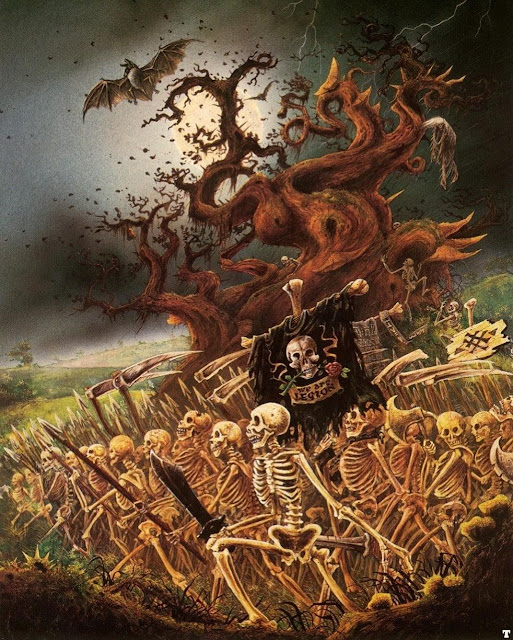 My reasons for picking Undead are two fold. Firstly Undead are one of top three favourite armies in Warhammer. My first flick through Warhammer Armies 3rd Ed had me interested in Skaven, Dwarves and Undead and whilst I never collected my own 3rd Ed army back in the day as I used Erny's as I was more into spending my pocket money on Transformers back then. I started thinking of buying my first army at what turned out to be the very end of 3rd Ed and then 4th Ed came along and I plumped for High Elves with their revamp. I did however retain my inkling towards the Undead Army and bought and gamed with Undead in 4th and they actually became my usual army of choice back then, mostly because they were cheap as chips plastics. 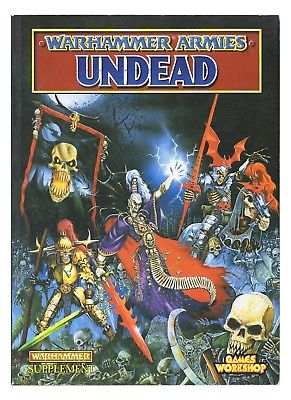 I never really painted them though back then. I did paint a Vampire Count army a while back for 6th but if I'm honest the Gothic feel of a Vampire Counts army never really had the same feel for me as a High Fantasy Undead Army and that is what I want to recreate.

My second reason for choosing Undead is my desire to run the 4th Edition scenario "Revenge of the Doomlord" scenario at BOYL2019. I keep promising to run this scenario at BOYL and this year I plan to deliver. My sneaky plan is to use the scenario troop roster as the basis of my 2000 point 3rd Ed Army. The point differences between 3rd and 4th are minimal and the army is the scenario is 2500 points with 750 points of that being Dieter Helsnicht astride his Manticore. There is also an army standard bearer on skeleton steed that can be a Death Rider standard bearer as neither of the units of cavalry in the scenario have a standard bearer..

So, what do I have to work with?

I'll also need to paint up a unit of Grim Reapers to comply with 3rd Ed minimum troop requirements and some Necromancers (Dieter will be for the Scenario, I don't intend him to appear in my 3rd Ed army (rules wouldn't allow it anyhow)).